Premier League holders Manchester City and new moneybags Newcastle United were involved in a six-goal thriller when the two teams met in a league encounter at St. James’ Park on Sunday night. The two teams scored three goals each in a pulsating encounter. 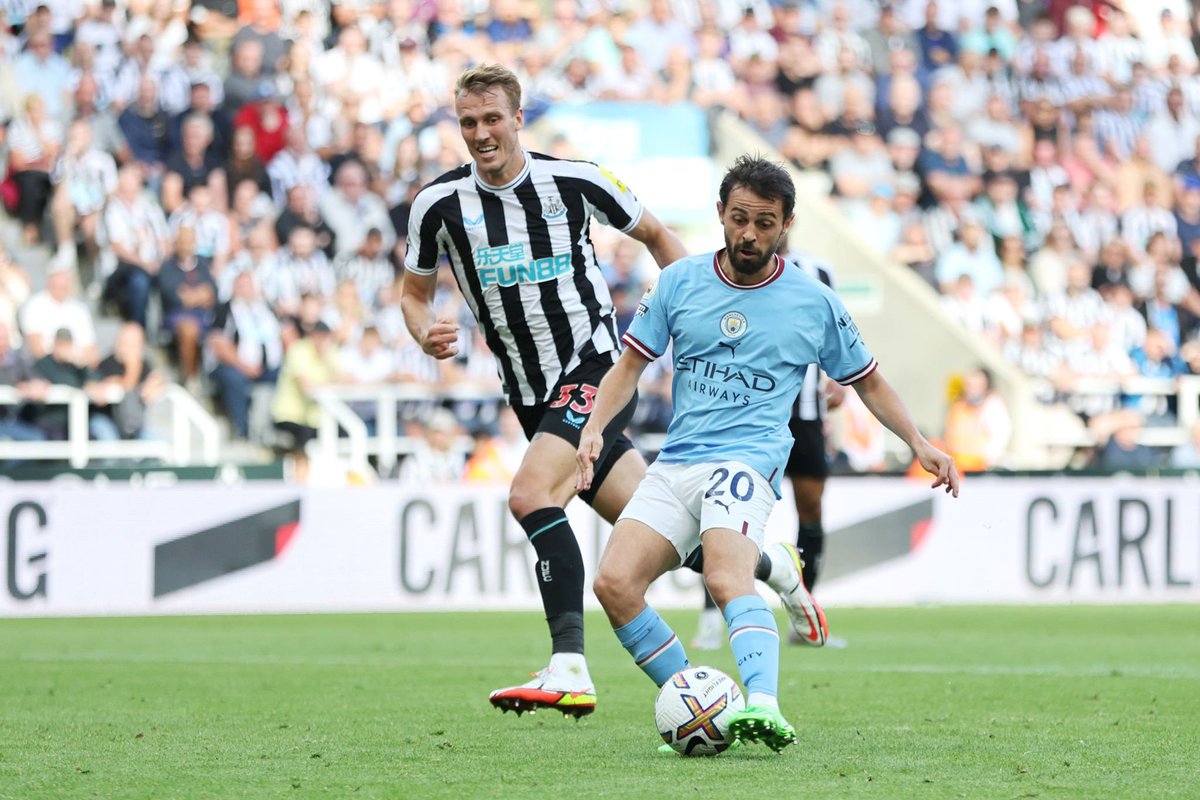 Manchester City came into the game with a maximum six points from two games and they scored the first goal of the game with hosts Newcastle United within five minutes courtesy German international IlkayGundogan off the assist from Portuguese star Bernardo Silva who was making his first start of the new league season amidst the transfer rumours linking him with a move to Catalan giants Barcelona.

Newcastle United have made an unbeaten start to the new season  and they bounced back in style to lead 2-1 at the end of the first half. The advantage was established by the Magpies after two goals in eleven minutes. Paraguayan international Miguel Almironscored the equaliserfor Newcastle United on 28 minutes off the assist from French winger Allan Saint-Maximin.The goal was initially ruled out for offside before VAR intervened as replays showed that Almiron was inside before he found the back of the net. With six minutes left on the clock in the first half, England international Callum Wilson found the back of the net for the second Newcastle United goal off another assist from the impressive Saint-Maximin.

In the second half, French international Saint-Maximin continued to be a threat to the Manchester City defenders and he was fouled by Englishman John Stones for Kieran Trippier to score a cracking free-kick nine minutes after the half-time break to edge Newcastle 3-1 up. City have won four of the last five Premier League titles and they showed some of the qualities of a regular winner to draw level with ten minutes of going two behind their hosts. A minute on the hour mark, new signing ErlingHaaland pulled a goal back before Bernardo Silva scored the equaliser within three minutes. In the end, the two teams had to settle for a draw.