BBC Sport pundit Micah Richards has said that Newcastle United put up a rather strange performance during the recent Premier League clash against Norwich City at Carrow Road. The Magpies showed an excellent defensive resolve during a slender 1-0 home defeat to Arsenal during the curtain raiser but nothing of that sort was present when they tackled the newly-promoted side. 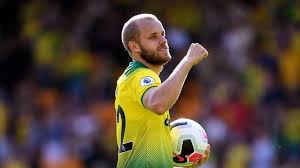 Teemu Pukki continued his sensational start to the season with his maiden Premier League hat trick and the Magpies may have conceded more goals, barring the efforts of goalkeeper Martin Dubravka. Speaking on BBC One, Richards said: “Yea it was strange really. It wasn’t a typical Steve Bruce performance, normally he sets up with a structure where, it’s sort of ‘you shall not pass’, but today as we mentioned before, Norwich could have scored five, six or seven. So he will be very very disappointed with the way the team played, they may take a little bit of confidence from the fact they got a goal and it may be a positive to take into next week, but for a player who has played under Steve Bruce, he’ll be very disappointed.”

Norwich completely dominated the proceedings with nearly two-thirds of the possession and that should be worrying for the Magpies, who are an established Premier League outfit. Jonjo Shelvey provided the sole positive for the Tynesiders with a late injury-time consolation goal but that may not offer them much of a boost for the forthcoming run of fixtures.

The Magpies are scheduled to face Tottenham Hotspur, Watford, and Liverpool in the next three league games. Among those, they are set to face Spurs and the Reds on the road and getting anything out of those matches would be a huge bonus. As such, they may have to rely on the Hornets clash at St James Park to get their season off the mark.