5 signings to see Newcastle bounce back

Despite the appointment of former Liverpool and Real Madrid manager Rafael Benitez in March, Newcastle United will be scrapping it out in the Championship next season. 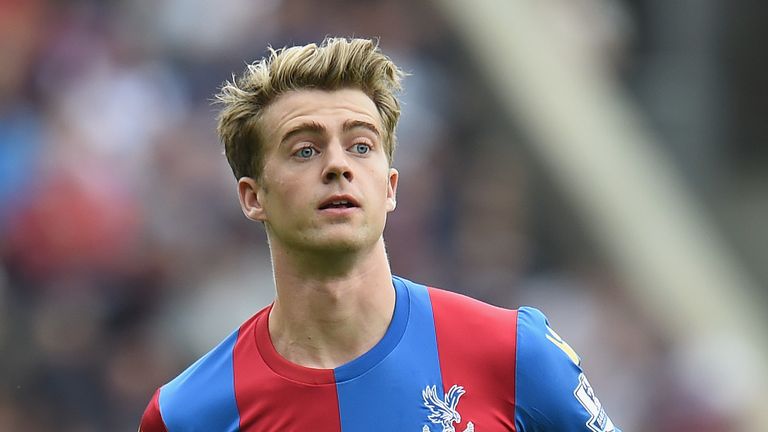 The Magpies finished in the bottom three for the second time in just seven years, but the fact that Benitez has agreed to remain in charge at St. James’ Park will help ensure the attraction of fresh talent in the club’s bid for an instant return to the Premier League.

Here are some potential new recruits on Tyneside that could see Newcastle bounce straight back to English football’s top-flight.

Patrick Bamford
Newcastle’s search for a new prolific marksman could lead them to placing their faith in 22-year-old Patrick Bamford. The Chelsea youngster spent the first half of last season on-loan at Crystal Palace before being recruited by Norwich, but it was largely a very frustrating campaign for Bamford who only managed a total of two league starts.

Bamford’s disappointment will undoubtedly motivate him to prove his credentials at the highest level and Benitez will be well aware of the young forward’s track record in England’s second tier – Bamford netted 17 league goals for Middlesbrough during the 2014/2015 season. Such goal-scoring ability in a division as tightly-contested as the Championship comes at a price, and Bamford’s services are estimated to cost in the region of £10m.

Daniel Ayala
Top of Benitez’s summer wish-list will surely be a new centre-back and Middlesbrough’s Daniel Ayala is a player that he knows all about from his days at Liverpool – Benitez brought his fellow Spaniard to Anfield back in 2007.

Newcastle have allegedly already made an enquiry about the 25-year-old, who is believed to carry a hefty price tag of around £15m. But Ayala, who was named in last year’s Football League Team of the Season, is central to Boro’s Premier League plans after their seven-year absence from the top-flight. The promising defender will therefore need to be persuaded by his former boss that a brighter future lies ahead of him at St. James’ Park than at the Riverside.

Kamil Glik
Torino captain Kamil Gilk has reportedly been monitored by Newcastle for several months now, and the hope is that the Polish centre-half will be tempted to Tyneside by the prospect of playing in the Premier League in the near future. It is thought that the Italian side, whom Glik helped get promoted in 2012, would be prepared to sell their skipper for a bid around the £8m mark.

With Glik set to be at the heart of Poland’s defence at Euro 2016, Newcastle will certainly be watching their supposed target with particular interest over the coming weeks. If the 28-year-old manages to impress during the tournament, no doubt Newcastle will not be the only club eager to secure his signing.

Will Hughes
England U-21 man Will Hughes has apparently been shortlisted by Newcastle to compensate for the probable departure of the likes of Moussa Sissoko and Georginio Wijnaldum this summer.

The Derby County midfielder burst into the spotlight during the 2012/2013 campaign and has long been subject to open admiration from potential suitors. The Magpies are the latest side to be linked with a move for the 21-year-old, even though Hughes only managed to make six Championship starts last term due to a serious knee injury. Given Hughes’ likely England aspirations, he might find the opportunity to play under the experienced Benitez one that is too invaluable to turn down should an offer be made.

Alvaro Arbeloa
Another former Benitez favourite could also be heading to the Toon – former Spain right-back Alvaro Arbeloa. Just like Ayala, it was Benitez who was responsible for introducing Arbeloa to the English game, and the 33-year-old would be available on a free transfer this summer after his contract with Real Madrid expired at the end of last season.

Newcastle are in the market for a right-back, with Daryl Janmaat widely expected to be heading for the exit door after only two seasons at St. James’ Park. Whether or not Arbeloa, whose personal honours include two Champions League titles and a World Cup winner’s medal, can be convinced that he’s not too good a player for the Championship is less certain.